‘How? Is a reinterpretation of Allen Ginsberg’s classic 1954 poem ‘Howl’ wherein Penny, like Ginsberg before him, seeks to challenge the establishment and encapsulate the righteous anger and frustrations of a generation. In January 2003, alongside a jazz quartet, Penny performed ‘Howl’ as his first gig at London’s Vortex Jazz Club. Ginsberg’s poem was chosen because it had been seminal in Penny’s development as a writer and because it seemed so well suited to a jazz setting. After the show, he was asked to do a repeat performance as part of that year’s London Jazz Festival. After happily agreeing, he reached out to the copyright holders expecting the process to be a mere formality, but it wasn’t. HarperCollins Inc is owned by News International, the militarist, industrialist, nationalist wing of media-magnate Rupert Murdoch. In Penny’s words: “Murdoch’s rapacious desire to own and thereby control everything of the written word is an obscene violation of all the creative principles that I hold dear.” Added to this, George Bush was set to be visiting London, and a major demonstration had been planned for the very day that Penny would be playing. No wonder, then, that he began to question whether ‘Howl’ was the right piece for the occasion. “Just as at that time the Bush/Blair coalition sought to stifle political and social freedoms, so the cultural tyranny of the likes of Murdoch sought to subjugate the precious intimacies of authentic inner-being. In my writing of ‘How?’, I set out to confront the socio-cultural avarice of ‘The New World Order’ which is, I believe, a madness on a scale that even in his worst nightmares Ginsberg could never have foreseen; a pandemic of greed and self-interest.” With only two weeks to go, struggling with a blaze of contradictions, Penny sat down to write ‘How?’ based on the form of ‘Howl’, but making it more relevant to the issues of the day. For example, whereas ‘Howl’ draws on Moloch who is associated with the destruction of innocence, Penny chose to call on the demon of greed, Mammon, as a symbol of gross capitalism and its dire consequences. The poem begins: ‘I saw the best minds of my generation gagged by the opiate of capital, fallen angels busting for a budgetary fix, established Christs nailed to cash or crucifix.’ Ginsberg died in February 1997 during a brief lull in America’s ill-omened crusade against Saddam Hussein’s Iraq which, unsurprisingly, held huge reserves of oil. The death count was monstrous, but hey, it fuelled the golden Cadillacs of the ‘land of the free’, so everything’s just fine and dandy. Penny goes on to explain: “The twentieth century knew no peace. Wars were viciously fought under the cant of peace and liberation, but capitalism in one form or another was always the core. Taking its lead from imperialist Britain, corporate America was singular in its mission to save the world from itself by bleeding it dry and then flooding it with Coke. And thus, the corporations grew in strength and communities weakened and withered while commodity culture became the dominant narrative and consumerism the new consciousness; don’t think, just buy.” “Likewise, the twenty-first century will know no peace until, once and for all, rampant corporate capitalism is conclusively squashed. But what insanity would then rise to plague us? Maybe, and not so ironical as it may seem, in the pandemic assault of 2020 we might already have found the answer. But what now?” Since its 2003 premier for the London Jazz Festival, Penny has performed ‘How?’ countless times, most memorably in the poetry section of City Lights Bookstore, beneath a large photographic portrait of Ginsberg looking down on him with what he feared might be a critical eye When working out a release date for this version of ‘How? ‘, recorded and filmed at London’s Abney Park Chapel in Summer 2017, it was decided that now, deep within ‘lockdown’, was the time. As Penny says: “I think it fair to say that both ‘How?’ and ‘Howl’ remain horribly pertinent to this day. It is corporate greed and political irresponsibility which above all have led to the current climate crisis and, I believe, to the unhealthy political, social and personal psychological conditions that lead to outbreaks on the scale of Covid-19. Be it pandemic or opportunist piece of social engineering, it’s we who pay the price.” “The natural world will only take so much before, in human terms, it turns in on itself, leaving us bereft. At the time of writing, late Spring 2020, we are suffering the dire effects of corporate and political ignorance; a maze of lies and cover-ups that have led to the pandemic and the cynical manner in which it has been exploited by those in power. Enough is enough. There is no point in just dreaming of a better world, nor of politely asking for one; reformism merely promotes concessionism. Yes, it is time to bite the hands that bleed us and to combat by any means possible those who seek to deny us our birth right of peace, love and freedom.” 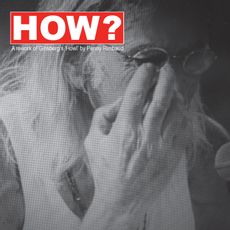