We got a call from a friend on site at Rebellion festival having just seen them, saying they were the most exciting band he’d seen since Nirvana and telling us we simply had to sign them.

After seeing them for the first time ourselves at 2000Trees festival, we soon followed up from there. When we visited the band at Peter Miles Middle Farm studio during the recording of this debut album, we knew it was going to be something special. They played the first track to us, The Sound, and said, “ We’re trying to do something a bit different.” They didn’t disappoint. In a very good way. This band are as much rooted in activism as they are in music, tackling social justice issues around gender, race and mental health in their uncompromising brand of feminist post-hardcore punk. In every aspect of what they do they do not compromise. Perfect for Hassle. We don’t give a fuck but we do really care 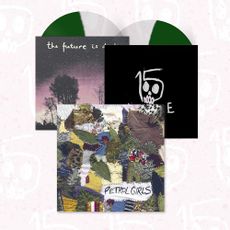