From the sounds of the cloistered, chaotic opener, 'Leave Them All Behind', it's clear that this is another ride classic.

there are Guitars as far as the ear can hear & they're just as dizzying as 'nowhere''s opener. But rather than sink into a thick underbelly of melancholy, this record offers sunshiney melodies & gleaming, bold production. In fact, some of the album could be loosely classified as power pop. Bouncy tunes like 'Twisterella', 'Not Fazed', 'Mouse Trap' & 'Time of Her Time' each share more than a thing or two in common with the likes of Teenage Fanclub, but with more layered vocals & less-cutting guitars. the band doesn't completely sacrifice their love of reverberating noise, but it's more done in the name of pop than to merely cause a blistering racket. 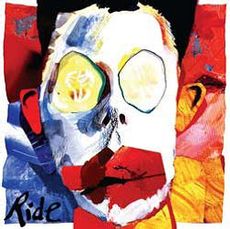