friends of the family

Three years in the making, her forthcoming record will find Ailbhe ruminating on the rites of passage in life as a young, emerging, queer artist from Ireland. On ‘Personal History’, Ailbhe’s ability to write songs of earnest and honest self-appraisal see her autobiographically navigate through break-ups in the age of social media (‘Looking Happy’), reflect on the duality of loneliness and independence while touring (‘Time Difference’), and open-up about coming out as explained in her newest effort (‘Between Your Teeth’). “It’s about the frustration of being unable to communicate in a relationship”, detailed the gifted lyricist. “Both people hold things back because they either don’t want, or don’t know, how to express themselves. While travelling alone, I always spent a lot of time thinking too much about past conversations and wondering what words were being held back between another person’s teeth”. Having already received widespread acclaim throughout the tastemaker community (The Line Of Best Fit, Clash, Wonderland), notable support on the BBC 6 Music airwaves (Lauren Laverne) and appeared on festival bills at the likes of Glastonbury, Primavera and Latitude, Ailbhe’s profile is certainly developing at an impressive rate ahead of her first full-length record. 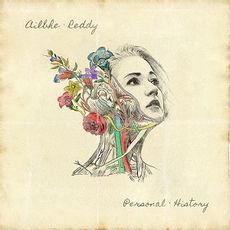