created in the gaps between his agricultural duties, afel's fourth album is a peacefully uplifting blend of desert blues, folk and afrobeat that offers a gentler alternative to the decades of work he did with his mentor, ali farka toure.

With the support of executive producers Damon Albarn & Nick Gold, 'Lindé' stitches together the age-old music of the Niger bend, featuring performances from eminent Malian musicians including Madou Kouyaté, the late ‘Hama’ Sankaré and Madou Sidiki Diabaté, with interventions as diverse as the drums of Afrobeat pioneer Tony Allen, the trombone of Vin Gordon (Bob Marley / Skatalites), and the violin of Joan as Police Woman. Traditional instruments like the ngoni, njurkele, kora and calabash blend with guitars, percussion and call-and-response vocals. “The Malian star’s breezy new album is studded with nicely judged guest appearances” 4/5 – the guardian. 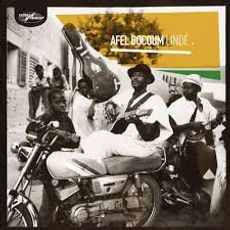