masterfully produced by the national’s aaron Dessner, this has all the hallmarks of a breakthrough album, as melding electronics and acoustics frolic about hannah’s spellbinding vocals.

the Eagerly anticipated follow-up production to the work that Dessner did on Taylor Swift’s ‘Folklore’, ‘All That Emotion’ comprises deeply personal songs reckoning with the past, set in a warm, enveloping sound world with lyrical themes of change and resilience. For fans of eve owen, Feist, Phoebe Bridgers, daughter and The National. “… sparse, staggering… [Aaron Dessner’s] immersive production, including layered keyboards and twinkling harmonics, pairs perfectly with her elegant voice” – Uncut. 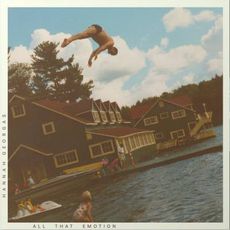