Tightly knit folk laden grooves perfectly underpin lindsay’s forthright and honest lyrics that move away from narrative and into thoughtful and thought-provoking musings on life, death and all inbetween.

The breadth, detail and care of Tunng’s Dead Club project is a striking thing. “It’s not just a record, it’s a discussion, it’s a podcast series, it’s poetry, it’s short stories, it’s an examination,” says the band’s Mike Lindsay. Tackling the still near untouchable subjects grief, loss, the act of dying, where we go, what becomes of those left behind death is a taboo beyond all others. Around the time of Tunng’s sixth album, 2018’s Songs You Make at Night, lyricist Sam Genders found Max Porter’s novel Grief is The Thing with Feathers, and was struck by its power. Its viscerality and rawness and rage. Its beauty and love and connection. He passed Porter’s book around his band members. For months the six band members discussed the subject at length. That they are such a sizeable band, diverse in opinion and perspective, proved helpful: “When all those things come together that’s what makes it Tunng,” says Genders. “And because the subject of death is so powerful for people in different ways, we talked about the kinds of issues it might bring up, that we might need to be sensitive about.” 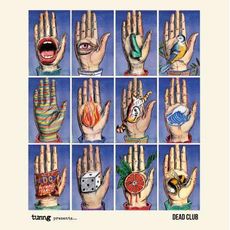