What hides in the fog that keeps people apart, and what does it take to cut through it? These questions hang heavily over Sarah Beth Tomberlin's music, whose hushed and intimate tones orbit answers as much as they savor the unanswerable.

To be in relation to another human being is to engage with a deep mystery: We are all fundamentally alone, siloed into confusing bodies, and yet occasionally we ¬nd someone who lets us feel as if we weren't. Tomberlin, the Louisville native who recently relocated to Los Angeles, delights in articulating and amplifying that mystery, picking out its details and marveling at its scale. In singing her aloneness she soothes it, and extends a hand to others reckoning with their own solitude--a paradox that warms her spectral songs. Tomberlin's new Projections EP continues the arc of her critically acclaimed 2018 debut At Weddings, weaving new collaborators and new techniques into her signature dusky milieu. Since the LP's release, Tomberlin has toured with Pedro the Lion, Andy Shauf, American Football, and Alex G, played a Tiny Desk concert for NPR, and given a riveting performance on Jimmy Kimmel Live! The ¬ve-song EP, capped with a cover of Casiotone for the Painfully Alone's stunning "Natural Light," re ects this period of intensive growth and self-discovery. "I wrote these songs while getting to know myself outside of people's perceived notions of who I was," says Tomberlin. "I just started being like, What am I interested in? What do I want out of relationships and friendships? What am I looking for that I don't have in myself already?" The rich vocal harmonies and guitar lines that made At Weddings so riveting still provide the EP's foundation, but new percussive backing and instrumental ourishes open the path forward for Tomberlin. After touring the US with Alex G and playing new songs for the band in their shared green room, Tomberlin reached out to Alex Giannascoli and bandmate Sam Acchione to produce the EP's four original tracks. She recorded her new songs in Giannascoli's Philadelphia apartment alongside Acchione and frequent collaborator Molly Germer. The eshed out sound lends a sense of urgency to tracks like "Wasted," an uptempo romp across the kind of thorny relationship that withholds as much as it gives, and "Sin," a song that applies reclaimed Christian imagery to an unorthodox romantic partnership. "I don't mind sinning if it's with you," Tomberlin sings against washes of violin and brushed cymbals. "Say a prayer/Lay your hands on me/I just wanna be clean." "I wrote 'Sin' while living at my parents' home and exploring my queerness, but afraid to make it too obvious," Tomberlin says. "It's de¬nitely using imagery that gets used against queer people, but making a joke out of it. That's a thing with queer people. We all use humor to deflect our pain." Tomberlin's ability to pan across the general disaster of human relationality and then zoom in on an eervescent moment of pure intimacy is one of her greatest strengths as a songwriter. Queer people get shuttered under the label of sin by the wider world, and yet despite that brand they steal moments of love and healing for themselves. Love is, generally speaking, a wellspring of pain and dysfunction, but look at the moments where it works. "It's all sacri¬ce and violence, the history of love," Tomberlin sings on EP opener "Hours," "But remember when we stayed up/And took turns playing songs?" The camera zooms in, and magic alights on the people who suddenly take up the whole frame. You can refuse the mystery of how people manage to be among each other, or you can delight in what it oers, no matter how eeting. Tomberlin opts for delight every time. Hers are songs for people who, despite the turmoil of the world at large, despite the weight of its sadness, unshield themselves and fall into wonder. 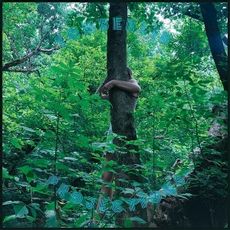