Jamie Lenman will be releasing a brand new mini album of original material 'King Of Clubs,' due out 25th September through Big Scary Monsters.

This is a record returning Jamie back to his roots as a song writer, whilst also allowing him to push his creative mind with it not being a full blown, full length album. 'King Of Clubs' is a follow up to 2018's brilliant 'Shuffle', Speaking about the upcoming album, Jamie said "I didn’t want to make another full album straight after 'Shuffle', I wanted to give people more time to digest that, but I did want to get back to the studio fairly quickly and record something original just to remind people I’m still a songwriter first and foremost. I was wary of repeating what we’d done with (one off single featuring Justine Jones from Employed To Serve) 'Long Gone' coming after (2016 album 'Devolver'), so I tried to make an EP instead of a single - but by the time I got there, I’d written so much material on the road and in rehearsals we ended up with enough for a mini album. I’ve always loved the format, so many of my favourite records are seven or eight tracks long, I think it’s a perfect package. It’s the musical version of a novella, like Conrad’s ‘Heart Of Darkness’ or Waugh’s ‘The Loved One’, which I was actually reading at the time of recording. It’s a dirty, dark-sounding record based on uncomfortable, conflicting emotions." Working again with producer Space (Idles, Black Futures), the pair came up with a word, ‘neisty’, to guide them as to how it should sound - "A perfect mixture of nasty and nice. I see this record as the closing chapter in a very creative and enjoyable period working with Space – the last piece in a very loose trilogy with 'Devolver' and 'Shuffle' before it, white red and black. It’s the angriest and most political record I’ve made since Muscle Memory, a painful place to be. I wouldn’t have wanted to make a full album like this, I think it would have been too much." 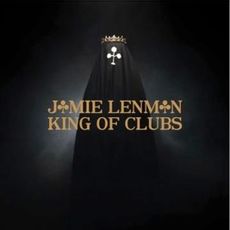