Something To Feel Good About


Will Joseph Cook's new album, Something To Feel Good About, is the gloriously off-kilter indie-pop follow-up to 2017's critically-acclaimed debut Sweet Dreamer.

While Sweet Dreamer was the soundtrack to a fairly carefree teenage life, album two, written and recorded in LA after a difficult few months, charts the life of a 21-year-old trying to figure shit out. “One of the themes of the record is living an optimistic and loving lifestyle in the shadow of either something big and existential that everyone's feeling, or just personal worries you're struggling with,” he explains. Will is one of the UK’s brightest young talents. Now 22 years old, Cook has been developing his multi-dimensional approach to crafting infectious songs since he was just 14. Finding inspiration in everything from the youthful indie charms of MGMT, Vampire Weekend and Darwin Deez to the post punk art pop of Talking Heads, Orange Juice and Gang of Four. 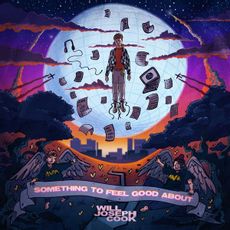