Fleet foxes albums are like the Olympics – they come around every four years and demonstrate the absolute best of the best on offer.

‘Shore’ evolves their sound to the point that the bucolic closeness of the first album is now firmly in the rear-view mirror, but not at the expense of their instantly identifiable sound. Gone are the clear references to fairport convention (though the harmonies remain) and in their stead they’ve delved further into the great American bands of the 60’s and 70’s, wearing their byrds, allman brothers and grateful dead influences on their sleeves, yet they never sound like a throwback. Their talent is, and always has been, their ability to take distinct influences from 50 years ago and make them sound as fresh and as inventive now as they would have been then. ‘Shore’ is a masterclass in songwriting, in using the same palette and tools as the great American bands, and in the process pushing past pastiche into new territory that could only have been made now.   “On his fourth album, singer-songwriter Robin Pecknold refines and hones Fleet Foxes’ crisp folk-rock sound, crafting another musically adventurous album that is warm and newly full of grace.” 8.3, best new music - pitchfork 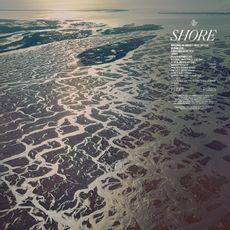