1977 may have been Year Zero for Punk Rock and accompanying newspaper headlines of horror but it produced few memorable albums from the new generation.

1979, by comparison, produced a shelf load of vinyl wonders with LP debuts from the likes of Gang of Four, Joy Division, The Specials and Human League, second offerings from PIL (Metal Box) and Magazine (Secondhand Daylight) and - dispelling the myth about “difficult” third albums - Wire (154), Talking Heads (Fear of Music), Elvis Costello (Armed Forces) and Japan (Quiet Life) issued respectively consistent, sure-footed, albums. Amidst this splendid flowering of the post-punk community, replete with the sort of musical diversity that would have been unimaginable two years earlier and sadly unthinkable today, Swindon’s finest, XTC, also produced an early classic album with the Steve Lillywhite produced Drums and Wires. Andy Partridge recalls it as an optimistic time for the band. Dave Gregory’s arrival on guitar (replacing organist Barry Andrews who left following the release of Go2) marked a shift in style with the group now configured as a twin guitar/bass/drums line-up. Despite an endless touring schedule much time was spent honing new material. Both Partridge and Colin Moulding were growing in confidence as songwriters – this album did much to further their reputation for peerless post-punk pop tunes. But it was also Steve Lillywhite and engineer Hugh Padgham’s ability to give appropriate studio support and recording expertise to the more expansive pieces such as “Roads Girdle The Globe” and “Complicated Game” that helped to bring a new level of maturity to the overall feel of the release. Issued at the start of September, Drums and Wires entered the UK Albums Chart where it remained for a total of seven weeks, accompanied by another first for the band, a Top 20 UK (and international) hit single in album lead track “Making Plans for Nigel”. The optimism of the recording sessions had proved justified. Now, 41 years later, the album can at last be enjoyed in high quality 200 gram vinyl, in a new cut by Jason Mitchell at LOUD Mastering, fully approved by Andy Partridge and XTC. 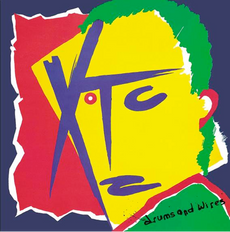