King’s Disease sets the stage for a reimagined future while paying homage to legacy, highlighting the prowess of the King’s experience.

Through a diverse range of uplifting, hard hitting, and melodic tracks, King’s Disease is a full bodied project that showcases both the battles and the brilliance of life on a pedestal. The title is emblematic of the privilege and responsibility of kingship, acknowledging that not even royalty is immune to suffering. King’s Disease examines the balance of life - At the highest of heights we see a righteous King, and at the lowest of lows, we see that even the perceived elite can fall prey to disease. King’s Disease marks Nas’ first new album in 2 years. The album is entirely produced by Hit-Boy (JAY-Z, Beyoncé, Travis Scott) and Hit-Boy and Gabriel “G Code” Zardes serve as the albums co-executive producers. 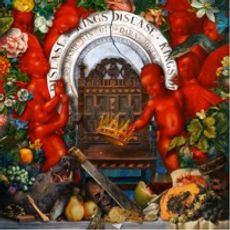