The eclectic compilation features musicians from black midi , 404 Guild , Goat Girl , Sorry , Powerplant & Curl Recordings . For the album, six hand-picked groups of musicians improvised songs with original instruments sculpted by artists. The groups had six hours each to record their tracks, with the whole album being recorded over the course of a week.The musicians were selected for their diverse range; With 404 Guild 's sprawling rap verses, GG Skips’ experimental electronic mumblings, Aga Ujma & Silkarmour's fantasy-based features on black midi 's tribute to American TV show 'Forged in Fire', Goat Girl 's textured ritualistic chant, Martha Skye Murphy & Kiran Leonard 's layered multilingual prose & Jacob Samuel 's conducting of Bianca Scout -led choral/instrumental piece, the album spans multiple genres, yet feels like one complete sound. Most of the musicians joined us in the middle of a busy touring/release period: DJ Dairy & MC Spritz of black midi were in the middle of their worldwide Schlagenheim tour (their debut album which was nominated for the Mercury Prize in 2019), Goat Girl are still looking ahead to their sophomore album on Rough Trade, Glows was touring as the newest member of Sorry for their debut album 925 on Domino, 404 Guild are releasing several new albums already after their sophomore album last year & new Martha Skye Murphy is on the horizon. 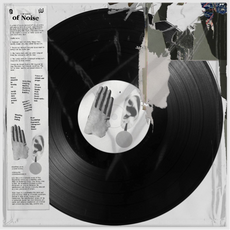