Dope Body are back with their first album since 2015 - and it’s got all the gnarly, bisected body rock of their great records from the far side of the teens.

 A decade plus from the audacity of their debut cassette, ‘20 Pound Brick’, and four years after calling it quits, ‘Crack a Light’ is about getting back to essentials.  In 2016, Dope Body were fairly much burnt from seven years of nonstop playing and recording, feeling as if their four albums had tracked away from the early days’ intentions of spontaneous weirdness. The band had formed in the abstract, an art project designed to provoke by embodying values that didn’t necessarily reflect any deep roots in their collective mindset. They were good with this approach for a minute but by their final release of the initial run, ‘Kunk’, they were composing new pieces from leftover parts of the ‘Lifer’ sessions, as if trying to relocate the almost out-of-body state that they’d been conceived in.  Turns out they just needed a bit of time off. Even (or perhaps especially) with a couple of the guys on the West Coast and the other two back east, the energy is again surging out of the Dope Boys, as witnessed by ‘Crack a Light’s explosive and exuberant opening track, ‘Curve’. The refrain “I think I feel alright” expresses relative optimism on the oft-scorched earth of Dope Body and it should - with ‘Crack a Light’ they’ve come all the way around to the stance of their experimental genesis, while continuing to evolve the identity that’s emerged since then - all of which bodes well for the future of rock music.  Essentially a power-trio with singer, Dope Body have traditionally excelled at projecting monstrously-voiced street music, artfully welded to the massive space of rock anthems, hardcore and metallic, hard-rolling funk, driven by incisively pounding rhythm and attenuated with guitar loops and FX. 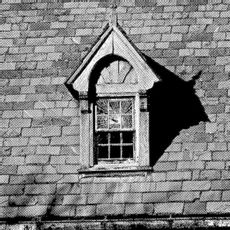