Fields Of The Nephilim


Formed in 1984, Fields of the Nephilim is the creation of vocalist and front man Carl McCoy.

Highly influential, especially in the world of goth, but also within the metal and electronic genres, their legacy endures to this day. You can hear their influence on bands like Swans, Godspeed! You Black Emperor, Explosions In The Sky, Wolves in The Throne Room, Behemoth and more. Carl McCoy has even been called the “Uncle” of black metal. Beggars Arkive are happy to announce a 30th anniversary vinyl reissue of their third highly acclaimed album Elizium, released by Beggars Banquet in 1990. Recorded and produced by Pink Floyd engineer Andy Jackson, the audio is via analogue transfer to 96khz/24 bit by John Dent at Loud, with vinyl mastering by Geoff Pesche at Abbey Road. 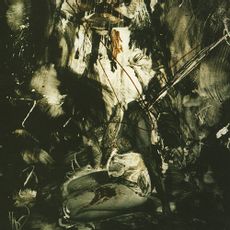