ed riman's follow-up expands on the promise of his debut in every way - a bold and glittering work of dreampop introspection.“The greatest thing about being a musician is experiencing it with other people,” says Ed Riman, the Brighton-based Eurasian singer, songwriter and sound-scapist who records as Hilang Child. “Whether that’s playing with others, creating together, sharing a vision, whatever, I just think in all aspects it’s a totally elevated experience when you’re not alone.” Proof rings out with force and feeling on Hilang Child’s superlative second album, Every Mover, due for release on Bella Union in January 2021. In 2018, Riman delivered a serene, textured debut album in Years, rich in sound and feeling. Lauren Laverne, Q, MOJO and others lavished praise, but the “isolating process” of making the album left Riman hungry to find alternative ways of working. Meanwhile, the “lonely, pressured” aftermath of Years found Riman grappling with “rough self-esteem and anxiety issues”, amplified in part by social media’s ‘fulfilment narratives’. Duly, he set out to navigate and overcome these mindsets, drawing deeply on his own insecurities and those he recognised in others. These themes converge emphatically on Every Mover, an album steeped in everyday emotional states and crafted for cathartic, communal performance. Drawing on a rich spread of collaborators, sounds and themes, Riman uses his frustrations as the impetus to transform the brimming promise of Years into upfront and expansive new shapes. “I wanted it to sound abit gutsier than the first album,” he says, succinctly, “heavier and closer to the kind of stuff that hits me when I go to shows or blast music in the car. I started out in music as a drummer playing for pop or beat-driven artists and grew up listening to louder stuff, but a lot of the music I’ve made as Hilang Child has been more ethereal. I wanted to bring it back to a place that feels more ‘me’ and make more of a thing of having big hypnotic drums, aggressive bass, ripping distorted instruments and a general energy to it.” “Good to be Young” serves swift notice of this leap, its banked synths and twinkling sound clusters leading to an assertion of fresh force when the main beat lands and a congregation of friends – AK Patterson, Paul Thomas Saunders, Dog in the Snow, Ellen Murphy, members of Penelope Isles – unite for the gang-vocal refrains. “It’s all iridescent colour I’m on,” Riman exults, a claim lived up to on the full-flush folktronica of “Shenley”. A reflection on spiralling insecurity, “Seen the Boreal” ups the ante again with its monk-ish chorales, looping samples, spectral woodwinds (from multi-instrumentalist John ‘Rittipo’ Moore, of Public Service Broadcasting and Bastille previous) and ecstatic chorus, Riman transforming a meditation on hindsight’s limiting effects into a spur to look forwards. And surge forwards he does with the glittering synths, spacey guitars, and Krautrock propulsion of “King Quail”, developed in jam sessions with dream-pop wonder Zoe Mead (Wyldest) in her basement studio. Riman’s sounds are enriched wherever you turn, from the epic prog-tronica of “The Next Hold” to the vocal release and layered arrangement of “Play ’Til Evening”; a kind of summit meeting between Surrender-era Chemical Brothers and Fleet Foxes in the high church of ecstatic sound. The treated chorales of “Magical Fingertip” and naked lyrics of the festival-sized “Anthropic (Cold Times)” showcase a fertile push-pull of lush arrangements and wide-open emotions in Riman’s sound; on the latter, Rittipo’s horns brim with expressive power. That confidence also extends to the opposite extreme on a stripped-back love song with an illustrative back-story. “I was helping some friends build a music studio in early 2019,” says Riman, “and the days were a long, manual-labour slog on a dimly lit building site in winter. One dark evening we were fitting insulation and choking on rockwool dust in the freezing cold, when Carole King’s ‘(You Make Me Feel Like) A Natural Woman’ came on the radio and pierced through the gloom, bringing this calm over everyone. It was like this weird epiphany moment.” Written in tribute, “Earthborne” channels King’s influence into an ode to the support of loved ones. Brought to a sublime close with “Steppe”, the resulting album projects its own epiphanic force. The birth was not always smooth: due to Covid-19, tours were cancelled and studios closed. Thankfully, most of the main parts were recorded pre-lockdown between East London, Gateshead, Brighton, Wandsworth and elsewhere, before mixing proceeded remotely. Meanwhile, alongside indie-pop trio OUTLYA’s Will Bloomfield (percussion/co-production on ‘Play ’Til Evening’), visual design collective Tough Honey (accompanying videos) and other collaborators, Riman’s bond with co-producer JMAC (Troye Sivan, Haux, Lucy Rose) proved crucial. “It felt freeing to work collaboratively and have that push-and-pull of ideas,” says Riman. “Even the moments where we didn’t see eye-to-eye made it feel like I wasn’t alone, with someone else working just as passionately on the project.” That sense of passion lights up Every Mover, an album that hymns the redemptive qualities of richly expressive music crafted in simpatico unison with friends. “I get told I’m quite an openly emotional person,” says Riman, “and I suppose the extremes in this album reflect that! But I also wanted the album to roughly follow the mental flow of feeling worthless, then recognising it, then accepting your shortcomings and trying to work on it, then coming out unscathed on the other side. I’m still not fully out of the spiral. The Covid apocalypse, alongside some personal life changes, have definitely caused it to resurface. But I’m glad I made this album as a kind of cathartic primer on trying to deal with it.” Now, time for other people to experience it too. 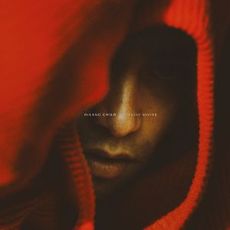