Bonobo has announced a 10th anniversary edition of ‘Black Sands,’ marking a decade since the release of producer and multi-instrumentalist Simon Green’s celebrated breakthrough record. The album captured a unique moment – it was adored by critics, being placed in Resident Advisor’s and DJ Magazine’s Albums of the Year charts and also by fans, selling over four-hundred thousand copies worldwide so far. Influenced by the divergent, bass-driven strands of the UK electronic music scene at that time, Green artfully fitted those evolving sounds into his own wider vision. The record’s lasting importance stems from the depth that he found in those combinations, rattling two-step rhythms and heavy pressure sub-bass twinned with carefully crafted songwriting and lush, brightly-realised instrumentation. To mark the milestone, the record is being given the special treatment with a new revamped physical edition. The limited edition double vinyl features a new cover image, taken by Green himself when he passed through the Lake District last year and tried to recapture the shot originally taken by Ewan Robertson, and will be pressed on red coloured vinyl and packed in a gatefold sleeve. Inside, it will come with offset printed paper inners and a 12” quality print of the original artwork. It’s a record that’s both timeless and wonderfully of its time. From “Kiara,” which weds cinematic, string-laden composition with chopped up vocals and luminous synth arpeggios, to “Eyesdown,” where subterranean swells of bass meet Andreya Triana’s warm, peerless vocals, the album is effortlessly multi-faceted. Listening back a decade later, it still sounds just as beguiling, emotive and transportive as it did the first time round. Ten years on, and the record marks an important step in Green’s stealthy but unstoppable rise to being one of the biggest electronic artists of our times. He now boasts six albums to his name, including career-defining 2017 album ‘Migration,’ which reached the UK Official Charts Top 5 and received two GRAMMY nominations (as did his 2019 single, ‘Linked’), and he has played to sold-out concerts across the globe, bringing his revered live show to multiple nights at Alexandra Palace, Glastonbury and Colorado's Red Rocks Amphitheatre. In that time, Green has also cemented his reputation as a DJ. In 2019, he launched his ‘OUTLIER Presents’ series at iconic New York club Output, another club to add to a list which includes the likes of Sonar, fabric, De School and smartbar. Elsewhere, his two Boiler Room sessions, recorded in New York and London, have amassed millions of views each, and he has made a contribution to the legendary “fabric Presents” mix series. Simon Green said the following for the Reissue’s liner notes… “Dalston, 2008. Having fled the comforts of Brighton, I began a new life in London which was new and exciting to me. There had been huge personal changes with family, relationships and cultural perspectives. Music was changing in the UK too. It felt at the time like the landscape of electronic music was constantly being reimagined in the basements of East London clubs. It felt fun again. It was inspiring. This new movement informed how I was making music. 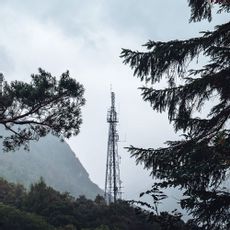