Man of Steel is the soundtrack to the film of the same name composed by Hans Zimmer.

While popular among fans, the score was polarizing among critics. Popular reception to the score was positive and the album rose to #4 on iTunes during the first week of its release and opened at number 9 on the Billboard 200. Hans Zimmer has crafted an entirely new set of themes for Man of Steel, which is grittier and darker than any of its predecessor. 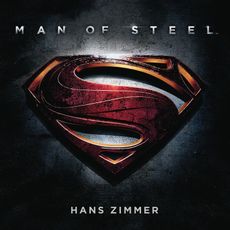