The four tracks on the vinyl came together earlier this year during various periods of enforced isolation, and somewhat inevitably reflect the conditions of their provenance, exploring themes of dissociation, multiple selves, and the role of the individual in an increasingly strange and fragmented world.

Co-produced with Ali Chant (PJ Harvey, Perfume Genius, Portishead), Within A Dream combines home and studio recordings in ways that display the duo’s growing ability to switch between grand sonic gestures and subtle sonic abstractions. Alongside the three originals is a cover of Mama Cass’ ‘Didn’t Want to Have to Do It’ that closes the EP, and as with their version of Red House Painter’s 'Katy Song' from their previous 12”, is a further example of how defined their aesthetic has become, as they’re effortlessly able to shape the music of others to their own vision. Indeed, as with all their videos and records to date, the artwork for the single is again created entirely by the band, another example of their intentions to create a defined White Flowers universe. Brought up on the sounds of 80s Manchester though too young to have experienced it first hand, Preston’s White Flowers, made up of Katie Drew and Joey Cobb, make gloriously gothic dreampop that’s as ambiguous as it is beautiful and exciting and have previously released two limited edition 12” for Tough Love - the now long-sold out Night Drive/Porta and Day By Day. The band, who earlier this year completed a brief U.K. tour with Toy to celebrate Independent Venue Week and played a number of their own shows around the UK, will be announcing further dates following the current situation and their debut album is set for release later in 2021. 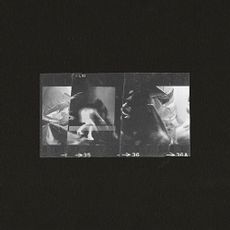