Celebrating the 40th anniversary of the debut album Boy by U2.

Recorded at Windmill Lane Studios in Dublin and produced by Steve Lillywhite, it was originally released on 20th October 1980. Features the singles ‘A Day Without Me’ and ‘I Will Follow’ as well as live favourites ‘Out Of Control’ and ‘The Electric Co.’. Limited edition white vinyl pressing includes an additional double-sided poster plus a lyrics/credits insert. Exclusive to independent retailers for Black Friday 2020. 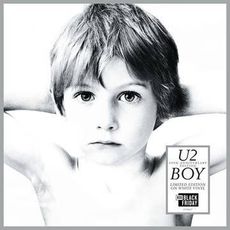