1” is set for release January 8, 2021. The album will include new renditions of some of Bee Gees’ biggest hits, that Barry Gibb has re-recorded with of the world’s biggest country artists – including Dolly Parton, Keith Urban, Olivia Newton-John and Sheryl Crow. The album will follow an HBO documentary on the Bee Gees, confidentially set for release December 12th. HBO announced the documentary, “The Bee Gees: How Can you Mend A Broken Heart” on September 21, without giving a premiere date. “The Bee Gees: How Can You Mend A Broken Heart” will be co-produced by Frank Marshall alongside Nigel Sinclair, Jeanne Elfant Festa and Mark Monroe. “This is a story of how three brothers with paramount musical gifts created music that touched the collective unconscious across five continents for five decades straight,” said Sinclair. 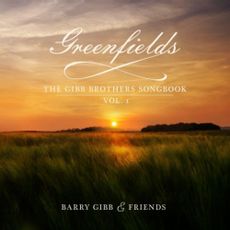