THE MURDER OF LIDDLE TOWERS (2020 reissue)


Formed in 1977 in South Shields the Angelic Upstarts self-released debut single released in 1978 was ‘The Murder Of Liddle Towers’.

The song highlighted the death of Liddle Towers who died after having been beaten in police custody, a crime that was covered up and no officers ever brought to justice. The record became a rallying point against police brutality. The record, and it’s B side ‘Police Oppression’ became a classic punk single and is a passionate call for justice. • Mensi: “Liddle Towers was our protest single. It was the story of a boxing coach who was arrested for being drunk and disorderly. He was examined by a doctor and was perfectly healthy. Then in the morning was discovered dead and had injuries which the police surgeon described as being similar to that of a person who had been in a serious 70 miles-an-hour head-on collision. His injuries were absolutely horrific. He was basically kicked to death. • “We done a couple of shows and got the money together and we pressed 500 singles, and then Small Wonder/Rough Trade re-released it, and it got to number one in the indie charts despite no radio play. Apart from John Peel, nobody else played it, and it was actually banned off any sort of play list in the northeast. Fair play I say.” 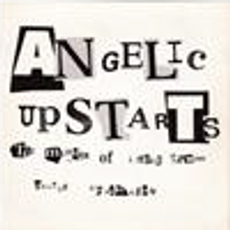