Taken from 2019’s ‘face stabber’ sessions, these five tracks capture the sound of a band in full creative flow and having the time of their lives.

It seems that every time you turn around, there’s another Oh Sees slab. Long ago we lost all capacity to be surprised that this sturdy unit keeps putting out records and that they’re really good. You can now add the Metamorphosed 12” to your ever-deeper-shelf-sagging row of John Dwyer & Co.’s seemingly no sleep release schedule. The five tracks were taken from the sessions that formed 2019’s Face Stabber album, a 17 track/80+ minute jammified four-sider. Metamorphosed would have been the perfect third LP to fit in with the other two. It’s worthwhile to note the Face Stabber sessions also resulted in The 12” Synth, a two track deal released in November of 2019. So, what was happening in the studio that rendered almost three hours of finished music? Just the usual run with ideas. Usually this takes place at the end of the planned recording. We have extra time and tape to lay down some deep cuts and long jams, etc., the fun part, really. All of the five tracks stand up to anything on Face Stabber. The record’s 23+ minute I Got A Lot is one of the coolest songs the band has ever done. As it is with a full-on Rock Is Hell roll out, there’s a lot of details. Metamorphosed is no exception. Whew! Something to look forward to! - Henry Rollins 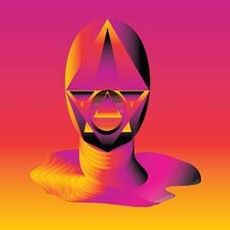