One half of our #3 favourite album of 2020, sink ya teeth’s gemma cullingford has unleashed two disco post-punk bangers for the highly esteemed outre disque label.

Raised on a diet of Throbbing Gristle, Depeche Mode, New Order, Fad Gadget and A Certain Ratio, Gemma Cullingford's own trajectory has been equally impressive - from playing bass with Blast First/Mute signings Kaito, and more recently as one half of post-punk electronic dance duo Sink Ya Teeth. This solo offering further adds to her fine body of work. 2020 saw Sink Ya Teeth having to abandon many live gigs and promotion for their second album, so during the band's downtime Gemma worked puposefully in her home studio on solo works of a more personal nature, the first fruits being this double A sided single. An album entitled "Let Me Speak" will follow in the summer of 2021. "Wide Boys" is a menacing disco call to action; "It's a message to the average man and woman on the street, many of whom seems to have been brainwashed by both those in power and by the far right. It's saying that every single one of us are being controlled as part of a big, sinister game. This is a response to my own awakening to that" she explains. "104" is an instrumental electronic jam for feet, limbs and loose minds. "The idea behind 104 came from wanting to start off with real sounding drums that subtly evolve into pure electro over 3 or 4 minutes". 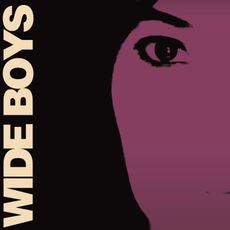