The tracks "We Die Young", "Man In The Box", "Sea Of Sorrow" and "Bleed The Freak" were all released as singles. "Man In The Box" was nominated for a Grammy Award for Best Hard Rock Performance with Vocal in 1992. 'Facelift' became the first album from the 'grunge' movement to be certified gold on September 11th 1991. 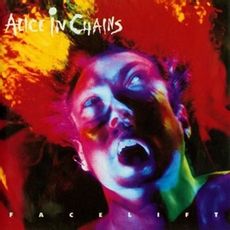