No Depression is cited as one of the most important albums in the alternative country genre.

Due to the impact of the album on alternative country, the term ‘No Depression’ is sometimes used as a synonym for the genre - especially after a country music magazine named itself after the album. The album helped kick start a revolution which reverberated throughout the American underground. In 1999, Spin Magazine listed the album as one of the Top 90 Albums of the 90s. Its punk attitude, combined with Jay Farrar and Jeff Tweedy’s lyrical depictions of rural, blue-collar life paint grim portraits of Midwestern existence, left a long-lasting legacy. 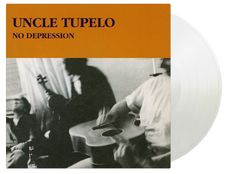