While its predecessor No Depression was filled with uptempo tracks, their follow-up effort showcases a band taking a closer look at the middle ground by acoustic guitars. “Still be Around” and “Looking For A Way Out” are great examples of tracks with high-strung acoustic guitars. On this album, Uncle Tupelo sounds even more powerful than before. And the broader picture of the abilities of Farrar, Tweedy, and Heidom confirms a strong combination. This reissue gives the album the special treatment it deserves. 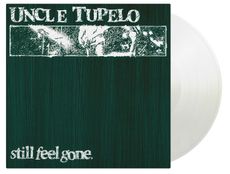