Out in the Storm is the blazing result of a woman reawakened.

Her most autobiographical and honest album to date, Out in the Storm is a self-reflective anchor in the story of both Katie Crutchfield’s songwriting and her life. The album tells the story of taking control of a volatile situation, embracing flaws, and exploring a new sonic freedom. The album was tracked at Miner Street Recordings in Philadelphia with John Agnello, known for working with some of the most iconic musicians of the last 25 years, including Dinosaur Jr. and Sonic Youth. For Agnello, it was Crutchfield’s voice that drew him in. “The first demo song I heard was ‘Fade’. The melodies, the way she sings it, the way she turns the melody, and the way she goes note to note is literally beautiful. Singers—you either have it or you don’t. She has it.” Agnello and Crutchfield worked together for most of December 2016, along with the band: sister Allison Crutchfield on keyboards and percussion, Katherine Simonetti on bass, and Ashley Arnwine on drums; Katie Harkin, touring guitarist with Sleater-Kinney, also contributed lead guitar. At Agnello’s suggestion, the group recorded most of the music live to enhance their unity in a way that gives the album a fuller sound compared to past releases, resulting in one of Waxahatchee’s most guitar-driven releases to date. “My experience working with John was genuinely life-changing,” says Crutchfield. “We had such a great connection right off the bat, and I really feel like he was always looking out for me. He pushed me when I needed it, and gave me space when I needed it.” Crutchfield’s voice oscillates between effortless grace and commanding righteousness, taking the listener with her on an explicitly personal journey. Songs like “Hear You” and “No Question” are lyrically unapologetic and musically resolute, while the softer acoustic songs like “A Little More” and “Fade” let fear and melancholy seep through. But it is on the atmospheric “Sparks Fly” where we feel an essential redemption. “Sparks Fly” acts as an inner dialogue and marks the first time since the inception of Waxahatchee that any semblance of self-love has shone through. This moment is a perspective we’ve yet to see from Crutchfield: it is a rediscovery of herself, and the realization of a full life she is completely worthy of. “It’s about self-preservation, selfcare, and reclaiming your autonomy,” says Crutchfield. “When you find the things that make you happy, sometimes it’s easier to see things that make you unhappy.” 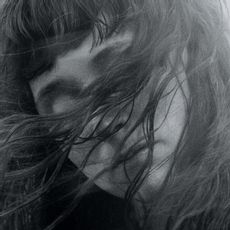