Now Is A Long Time


Otzeki was born after a semi drunken jam on a partly functioning yamaha an200 drum machine and a fender jaguar guitar.

Carefully sourced electronics, luscious electric guitar and falsetto vocals has been the longstanding formula of the project, which has seen the two cousins tour Europe, UK and USA. Vigorously awaking crowds to the sound of their rhythm, creating an almost deadly, dangerous live energy is an integral part of who they are. Once described by Sea Girls frontman Henry as ‘a cult’, the band have taken their world changing ideology to clubs such as Berghain, fabric and Printworks, taking away a ‘Best Live Set on a Sunday at fabric’ award to prove it (although they are yet to claim the award, namely two free drinks tokens). Now, disillusioned by the current musical climate, the pair aim to take on the internet to continue spreading their kind message of hope, using music as their weapon of choice, aiming to bring sanity to a world already over saturated with musicians. They will be looking to utilise the platforms they viscerally hate in order to communicate their message, which is most likely to be extremely similar to most other bands, but are hoping to somehow transcend from this cess pool, without a clue how. 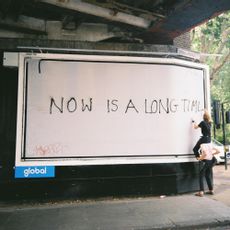