Nia Wyn grew up in Llandudno in North Wales where, despite the town’s breathtaking views, she found herself battling with demons relating to isolation, identity and mental health. In local junk shops she sought solace in old soul records, discovering the likes of Billie Holiday, Bob Dylan and Marvin Gaye as well as hip-hop artists such as Nas and Lauryn Hill. Growing up in a house with a dad who played a lot of northern soul, disco and reggae, Wyn took inspiration from a truly eclectic range. Her unique storytelling style, along with such distinctive and raw vocals, has made Wyn into one of the top emerging female artists now coming out of the UK, her classic influences filtering through her singular songwriting into an entirely modern sound. Wyn accrued early praise from the likes of Clash, Earmilk and more. She’s been played on BBC Introducing, Radio 1, 6Music, Radio 2’s Blues Playlist and was tipped by Huw Stephens as one of BBC Introducing's Ones To Watch in 2019 after opening for Paul Weller and Paloma Faith. 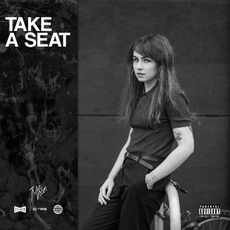