They will be staggered, one a month beginning in October with People Think They Know Me But They Don’t Know Me. This is the fourth album in the series, entitled The Bearded Lady Also Sells The Candy Floss. For the uninitiated, The William Loveday Intention is the latest band put together by Billy Childish. The four album project includes guest appearances by James Taylor (The Prisoners, JTQ), Dave Tattersall (The Wave Pictures) and Huddie Hamper (The Shadracks) amongst others. 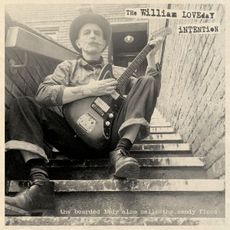