The Alias Sessions is the most ambitious and wide-ranging Murcof album to date - less about the individual components of a track and more about the cumulative force of the set as a whole.

Corona has composed several film scores and that experience with atmosphere informs these tracks. The record benefits from careful and focused attention, preferably over longer periods - it’s too expressive and dynamic to remain in the background. Corona began work on this music in April 2017, when he met with choreographer Guilherme Botelho, leader of Geneva-based dance company Alias, about a new performance piece - ‘Contre-Mondes’. Versions of these compositions make up the first half of the album. Corona continued work with the organisation for a 2018 performance entitled ‘Normal.’ which now forms the second part of the record. “I’m always looking for new unheard sounds,” Corona says. “To create weird associations and contrasts between sounds of a different nature.” The Alias Sessions is the glorious result of this desire put into practice. 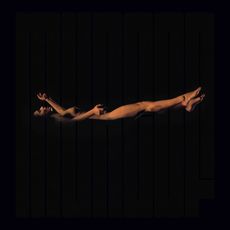