Follow us Follow us
Home  | various artists - the problem of leisure: a celebration of andy gill and gang of four

The Problem of Leisure: A Celebration of Andy Gill and Gang of Four


a double album of tracks written by Andy Gill and Gang of Four, all newly reinterpreted and recorded by artists whose own unique contributions to music were enriched by listening to Gang of Four.

When Gang of Four’s co-founder and only lifelong member Andy Gill, died unexpectedly on February 1st 2020, the world lost one of its most influential and emulated guitarists and musical trailblazers. In May 2021, the world gets a new way to enjoy his genius and the lasting brilliance of the band he co-founded. The album features songs from across Gang of Four’s 40-plus year career, each individually chosen by the artists’ who covered them. Tom Morello (Rage Against the Machine) has collaborated with Serj Tankian (System Of A Down) to create an incredible cover of Natural’s Not In It, which will be the first single from the album, released on Andy’s birthday, January 1st 2021.This track, like many on this album, first appeared on the band’s extraordinary 1979 debut long player, Entertainment!, an album universally heralded as a classic, and as “the fifth best punk album of all time” by Rolling Stone magazine. In 2006 the track gained new audiences when writer-director Sofia Coppola used it for the opening of her film “Marie Antoinette”. Says Tom Morello: “Andy Gill was one of a handful of artists in history who changed the way guitars are played. His band Gang of Four were just incendiary and completely groundbreaking with Andy’s confrontational, unnerving and sublime playing at the forefront. His jagged plague-disco raptor-attack industrial-funk deconstructed guitar anti-hero sonics and fierce poetic radical intellect were hugely influential to me.” Andy Gill originally conceived of the album to mark the 40th anniversary of the release of Entertainment! in 2019. His widow, Catherine Mayer, explains that this plan had already changed by the time of Andy’s death after some artists chose tracks from different albums and periods. His dedication to the project was such that he delayed the ambulance that took him to intensive care while Mayer fetched his laptop. Installed in hospital, he asked her to bring noise-cancelling headphones too so he could listen and make notes on the incoming mixes. He worked on the music for ten more days. Then doctors put him on a ventilator to try to save his life. They were surprised by his rapid deterioration and later came to suspect he was among Europe’s first victims of Covid. “Andy was massively excited about this project,” Mayer says. “It wasn’t of course conceived as a tribute album, but it’s comforting to me that he lived to see artists he hugely admired enthusiastically agreeing to participate, signalling that the admiration was mutual.” 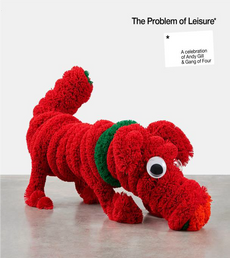