Morphine is an alternative rock band formed in Cambridge, Massachusetts in 1989.

Their debut album Good was released in 1992. The band’s instrumentation was slightly unusual for a rock band: front man Mark Sandman’s used a two-string bass guitar played with a slide; while adding touches of guitar, piano, electronic organ, and other self-invented guitar instruments to their albums. Saxophonist Dana Colley played several types of saxophones (primarily baritone), sometimes even playing multiple saxes at once, while also playing percussion on occasion. Altogether, this created a jazz and blues infused rock sound on Good and the other Morphine albums. 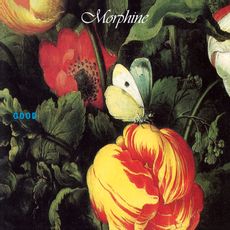