A glorious debut baked using woozy production and penetrating neo-soul songwriting – it’s a compelling document of his life so far and an enticing glimpse of what’s to come.

Critically acclaimed debut album on Columbia Records from Trinidad born, Romford raised rapper/songwriter/producer. "I made Vega from a mattress on the floor of a room I was staying in at the time. All of the stories are factual and all the pain is real. It’s the lottery and the lottery ticket all at once." – BERWYN Life could have been very different for BERWYN. Having moved to Romford on the outskirts of London at the age of 9, the decade that followed marked a steady escalation of hardship and descent into a life he describes as “like dancing on the edge of a knife”. With his mother in and out of jail, frequent cycles of homelessness and dead-end jobs he decided enough was enough, it was time to move back to his motherland of Trinidad. But not without one last throw of the dice… Inspired by these trials and adversity BERWYN locked himself in a “shithole flat” and set about recording his debut release DEMOTAPE/VEGA. Fuelled on a diet of toast, weed and insomnia he wrote and produced the 10 tracks that make up the tape in just two weeks, though it distils a lifetime of experiences living on the fringes of London life. It is deeply autobiographical: raw and authentic yet held together with positivity and hope. it’s by experiencing DEMOTAPE/VEGA as a whole, just as BERWYN recorded it, that you truly get an understanding of his world. 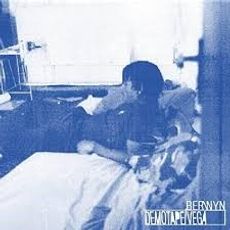