What A Day/ Crowhurst's Meme

He self-released his debut EP Games in the Dark (2008) followed by two more EPs, These Waters (2009) and Old Pine (2010). His debut studio album came in 2011 titled Every Kingdom followed by two more EP releases, Ben Howard Live (2011) and The Burgh Island E.P. (2012). At the 2013 Brit Awards he received the Brit Award for British Male Solo Artist. He performed at 2013 Glastonbury festival on the Pyramid Stage on Saturday 29 June. He released his second studio album, I Forget Where We Were, in October 2014. This became his first number one. Howard's third album, titled Noonday Dream, was announced on 4 April 2018, and released on 1 June 2018. Ben’s fourth album titled ‘Collections for the Whiteout’ will be released on Friday 26th March and this is the very first new music from that album. 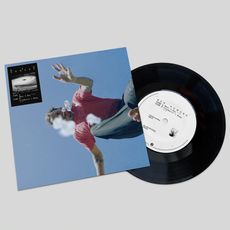