Peshekhod, the debut album from Dima Pantyushin and Sasha Lipsky, oscillates through an immaculate synth-pop ecosystem in which every shift feels both accurate in its absurdity and divinely danceable.

The album (“peshekhod” translates to “pedestrian”) investigates the inner narrative of a Muscovite as he wanders through the city, recalls his work, and contemplates his existence. It’s roughly autobiographical in scope— Pantyushin was born and raised in Moscow, co-runs Cafe Enthusiast in the city center, and is a visual artist by trade—yet explores feelings universal. His lyrics conjure the nostalgia and joy of parenthood in “Ray of Sunshine,” the paranoia of metropolitan life on “Pigeon,” and the slippage of time on “Chess.” Fellow Moscow native and longtime friend, Sasha Lipsky, who writes and performs with his brother in Simple Symmetry, joins Pantyushin on production. Lipsky weaves entire sonic ecosystems for Dima’s instinctual observations and adroit lyrics. The result is a musical landscape that bounces between the terrestrial and the divine as Pantyushin’s croon and Lipsky’s synth-heavy compositions swell with aliveness. Pantyushin and Lipsky graft genres to their electronic framework throughout Peshekhod. “Nature” summons 1950’s pastiche complete with upbeat mellotron, while “Time” and “House (With an Attic)” go from ethereal ambient to subterranean techno and back again. But every oscillation and shift feels part of the same system. Pantyushin never strays too far from his pedestrian protagonist. He knows the best stories are the ones in which we can see ourselves, while Lipsky dresses each observation with earworms you’ll struggle to shake, even if you don’t speak the language. Peshekhod is a picaresque in miniature. A record that considers the stations of the day in deft detail, for all to tap into. 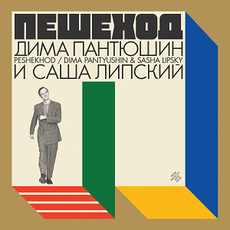