a lantern and a bell


Sad soulful melodies that create space in your head that fill with memories, dreams and tenderness.

When you’re isolating, what better than to be wrapped up in these beautiful imaginative constructions - the work of a master. Loney dear is the singer, songwriter and multi-instrumentalist Emil Svanängen’s idiosyncratic musical project where classic song-writing meets complex productions – both wide open and uplifting as well as sensitive and heart breaking… Recorded by Svanángen with producer Emanuel Lundgren in a mythical studio on western Södermalm in Stockholm, ‘A Lantern and A Bell’ is Loney dear’s second album for Real World, following 2017’s self-titled release. Maritime themes permeate across ‘A Lantern and A Bell’ - the album arrives bearing artwork depicting the international nautical flag for distress and Emil’s voice is frequently bolstered by diffused water sounds at dark low frequencies and the calls of sea birds. For those who know their Loney dear, the constant references to sea and ships are hardly something new. All that is an important part of my inner life, maybe a romantic dream of adventure, but also a phobia, a danger I cannot help but be drawn to, says Emil; Near where I live, freighters pass by every day and the sounds of their engines get into my head. And further into the music. 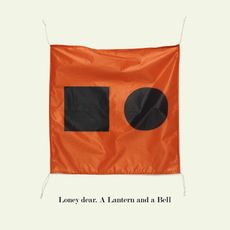