Originally released in 1984, ‘Pop’ is the only studio album from Tones On Tail, which was a side project of Bauhaus members Daniel Ash and Kevin Haskins along with Glenn Campling.

This standard edition follows a previously sold-out Record Store Day edition. The audio was cut from the original analog master. “Tones On Tail were embraced by small pockets around the globe lamenting the Bauhaus fall out, but within those pockets remained a steadfastly loyal fan base. Impossibly English, an enigma, and have remained that way, call them niche, odd, weird, whacky, whatever but one thing they never were was conventional. Perhaps it’s time to share our little secret…. “-LOUDER THAN WAR 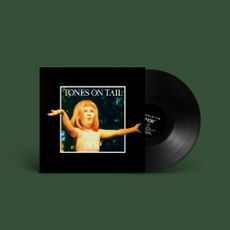