Electric Mud is the fifth studio album by Muddy Waters, with members of Rotary Connection serving as his backing band.

Released in 1968, it imagines Muddy Waters as a psychedelic musician. Producer Marshall Chess suggested that Muddy Waters recorded it in an attempt to appeal to a rock audience. The album peaked at number 127 on Billboard 200 album chart. It was controversial for its fusion of electric blues with psychedelic elements. 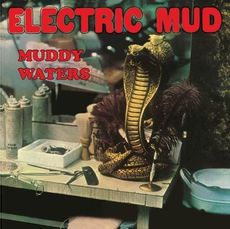