This debut album from World Party is a solid release, even if it is a bit heavy on the synthesized sounds (what can you expect from a one-man band?).

Karl Wallinger's insightful songs deal primarily with the responsibility of the individual to recognize and cope with the problems of the world. Private Revolution features mainly original songs like the title track, "World Party," and "It's All Mine," as well as a cover of Dylan's "All I Really Want to Do," which remains surprisingly true to the original version. 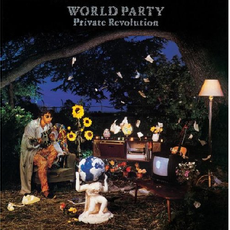