The Jasmine Minks' second BBC session featuring the first airing of some of their most beloved songs – and a reworking of a classic Creation single.

Includes free download of original BBC files plus sleeve notes by Wattie Duncan – plus a set of postcards. Formed in Aberdeen in 1983, the Jasmine Minks were one of the original artists on Alan McGee’s fledgling Creation label and regulars at the storied Living Room. They recorded several classic singles for the label – among them ‘Think!’, ‘What’s Happening?!’ and ‘Cold Heart’ – plus a number of LPs. These recordings are their only two sessions for the BBC. The first, for the legendary John Peel show, features the band’s original line-up with powerhouse songwriting duo Jim Shepherd and Adam Sanderson; among tracks included are ‘The Ballad of Johnny Eye’ and ‘Cry For A Man’, both favourites with their fans. Sanderson had left the band by the time of the second session, for Janice Long, with Wattie Duncan joining (and actually getting them the session!) This second outing features early versions of some of Shepherd’s best-known songs, including future favourite ‘Cut Me Deep’ and the soulful ‘Ballad’ (later released as ‘Soul Station’) – plus a rampant version of old single ‘Where The Traffic Goes’. The Jasmine Minks have continued, on and off, ever since – and are recording new material into 2021 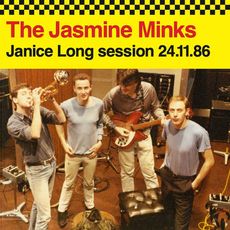