Having until then recorded mostly acoustic music, Dylan used rock musicians as his backing band on every track of the album, except for the closing track, the 11 minute ballad "Desolation Row". Arguably one of the greatest albums of all time - author Michael Gray has argued that, in an important sense, the 1960s "started" with this album. 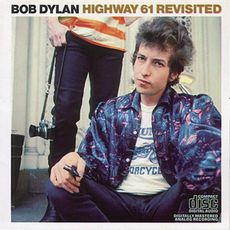