Whilst not a blues band in the traditional sense their blend of blues space rock is undeniably British with bluesy and soulful vintage overtones. 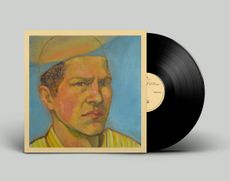