ARE YOU ARE MISSING WINNER (2021 reissue)


Are You Are Missing Winner is the twenty-second album by British post-punk band the Fall, released in November 2001.

Since the bands last record Mark E Smith had replaced the entire line up. The album was recorded very quickly and very much on the cheap and band member Ben Pritchard described it as a very miserable experience. The double LP version - the first time on colour vinyl (previously only released on Picture Disc) - of the 2001 album comes in glorious purple/grey vinyl with the original album taking up Disc One, while Disc Two features the bonus tracks from the 2006 version. The CD pack includes the origional album and also comes with three bonus discs, live sets recorded at The Knitting Factory, The Garage and the ATP Festival. As with the other Fall reissues these have notes by Fall guru Daryl Easlea and have been mastered by long time engineer Andy Pearce. 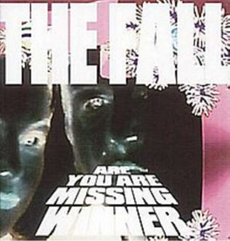