Proclaimed ‘a masterpiece’ by Uncut, ‘the most daring, inventive album of Harris’s career’. Mojo called it ‘a deeply addictive record that sounds like a window on Harris’s soul,’ while Rolling Stone said ‘the album features unvarnished, otherworldly renditions of songs written by Bob Dylan, Jimi Hendrix, Steve Earle, and other lesser-known artists.’ A 13-time Grammy winner and Billboard Century Award recipient, Emmylou Harris’ contribution as a singer and songwriter spans over 40 years. She has recorded more than 25 albums and has lent her talents to countless fellow artists’ recordings. In recognition of her remarkable career, Harris was inducted into the Country Music Hall of Fame in 2008. Her most recent solo album, 2011’s Hard Bargain, debuted in the top 20 on the Billboard chart and received tremendous critical acclaim, and more recently, she has released two collaborative albums with longtime friend and colleague Rodney Crowell, The Traveling King (2015) and Old Yellow Moon (2013), which won the Grammy Award for Best Americana Album. 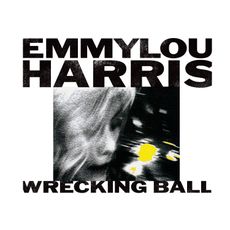