Known for their relentless touring schedule and DIY work ethic, New Candys is one of the most solid independent bands of recent years. ‘Vyvyd’ follows up on the widely acclaimed third album ‘Bleeding Magenta’ which saw them tour non-stop across Europe, United Kingdom, North America and Australia. This album, which will be their fourth, is the first record made by the line-up of Fernando Nuti, Andrea Volpato, Alessandro Boschiero and Dario Lucchesi. It was recorded at Fox Studio in Venice, Italy by Andrea Volpato and mixed and mastered by Grammy Award producers Tommaso Colliva (Calibro 35, The Jesus And Mary Chain) and Giovanni Versari respectively. “This record has its own mythology. We played with religious, pagan and archetypal symbols, which have been distorted through our lens. If we had to sum up the album in one concept it would be the contradiction of light: God/good is often represented with a bright glow, whilst Lucifer, the personification of evil, means light-bearer. We've been inspired by the visionary cinema of Kenneth Anger and Alejandro Jodorowsky among others”. 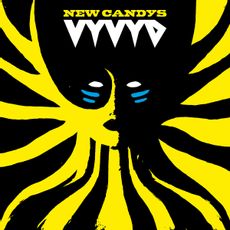