DUB TREASURES FROM THE BLACK ARK


On opening the Black Ark studios, the hits seemed to come immediately.

Firstly with Junior Byles' 'Curly Locks' and in 1975 the massive crossover hit Susan Cadogans' 'Hurt So Good' that reached No 4 in the UK charts.1976 saw Island Records releasing Perrys vast output, timeless material like the Heptones 'Party Time', Max Romeo's 'War Inna Babylon' Bob Marley and the Wailers 'Jah Live', 'Punky Reggae Party' and Junior Murvins 'Police and Thieves' to name but a few.But sometimes missing out on a few classics like Perrys own 'Roast Fish, Collie Weed & Corn Bread' and possibly one of the best reggae albums of all time The Congos 'Heart of the Congos'. Dub releases like 'Revolution Dub' (1975) showed a way forward for his production skills in this formidable arena. Having his own studio allowed him to build up a vast catalogue of tracks to work on. We have culled together some lost productions that Lee Perry carried out with singer Mike Brookes, a fine singer, arranger from that special time in the Black Arks history. Sounding like Junior Marvin in parts and Max Romeo in others but still carrying a distinctive Falsetto voice. Some classic tracks as you can see recorded with the cream of musicians at Lee Perrys disposal. Mr Perry works his magic that gives these songs that distinctive feel that his output. carried around the mid 1970's. 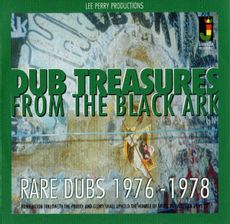