covering sessions recorded between her 'dry' debut through to 2004's 'uh huh her', these raw, stripped back versions of her early work are proof positive that pj harvey can rock harder than anyone, any time, any place.

Originally released two years after Peel’s death in 2004, the record came with a tribute message from Harvey in the liner notes which read, "More than I would ever care to admit for fear of embarrassment to both sides, but I sought his approval always. It mattered. Every Peel Session I did, I did for him. It is with much love that I chose these songs, in his memory. A way of saying 'Thank You', once more. Thank You, John. The release was cut by Jason Mitchell at Loud Mastering under the guidance of John Parish. Praise for THE PEEL SESSIONS 1991- 2004 “It serves as a most welcome and convincing re-reminder of exactly how good PJ Harvey is; it's a record which has simple enjoyment merit as well as being of sound development/ obsessive collectors item interest” – 9/10, Drowned in Sound “Stark, often stunning” – 9/10, Uncut “A vibrant, living record…none of these performances ever feels like a throwaway, and each veritably ripples with spontaneous, one-take-only passion” - Pitchfork 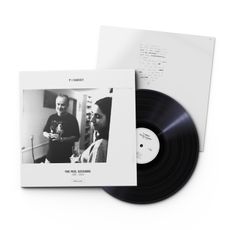